Recently, Stranger Things S4 is hot, and I find that the young actors in the show have all grown rapidly. After nearly 3 years, I almost can't recognize them! 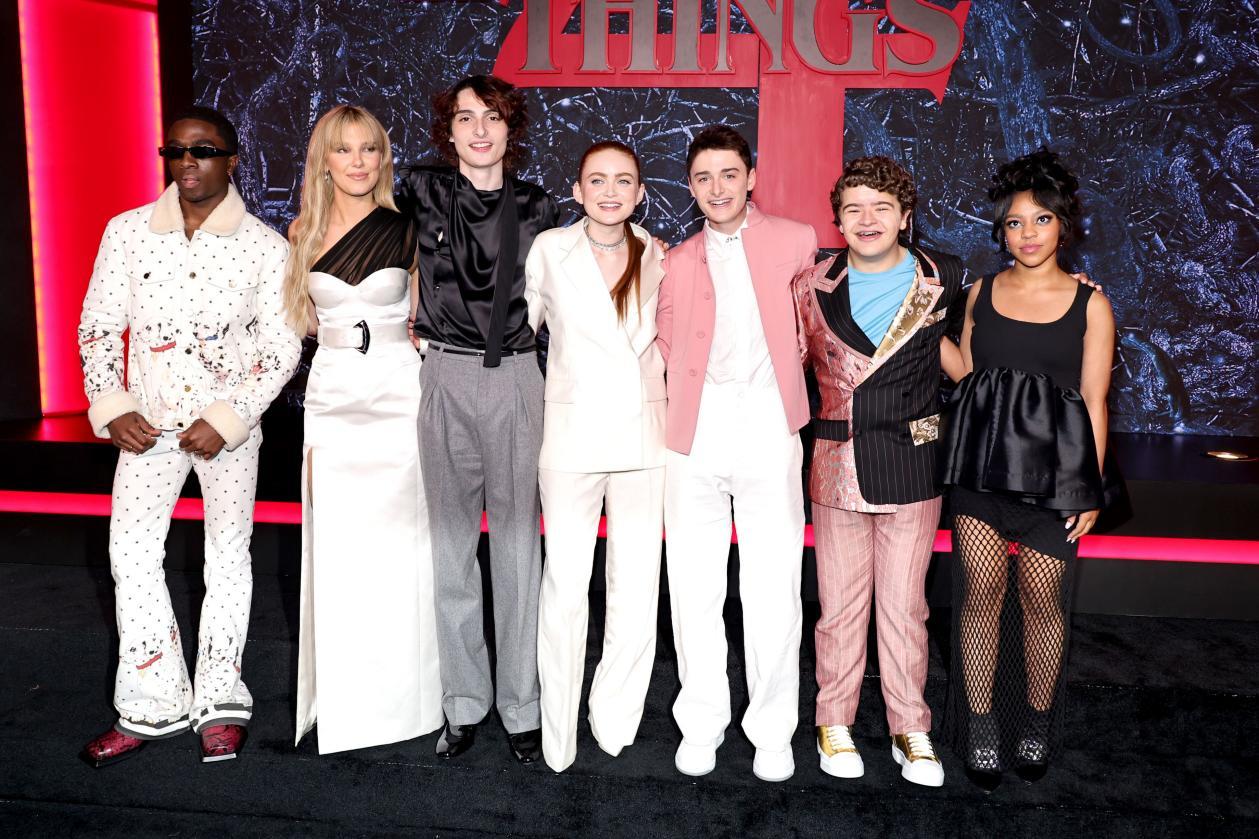 Among them, the cast who has changed the most is Millie Brown who plays Eleven. No cap, I was shocked.

I felt the magic of time after searching her photos. I am glad to share with how Eleven gradually changes from a girl to a beautiful woman. 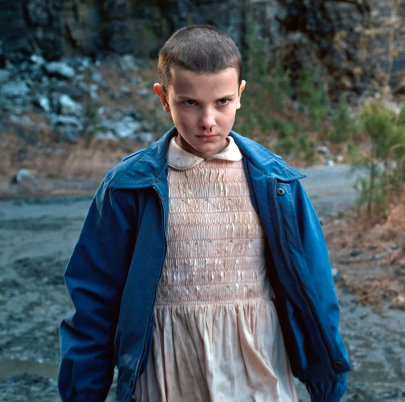 Everyone must be no stranger to Eleven's classic flat hairstyle and the two nosebleeds when she first appeared in the TV series!

There are also two pictures of her appearance in the event at that time. 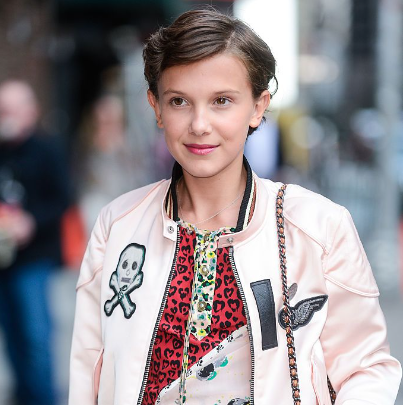 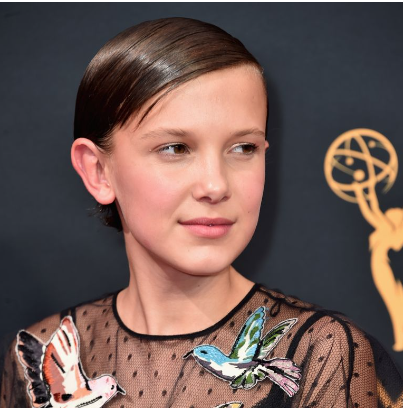 She was at the forefront of fashion, with casual curly hair styling on the street and dresses in formal occasions.

In Season 2 of “Stranger Things”, she was back with a brand-new wool curly hairstyle. 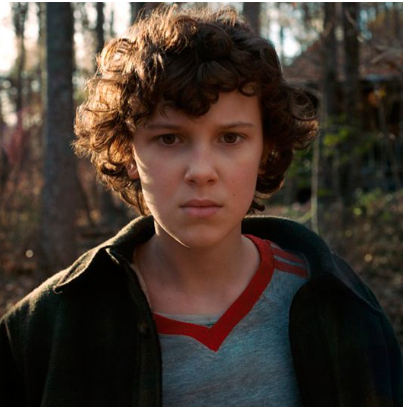 There was also a little bit of rebellion in the youthful childishness, and I feel that this transformation for the character Eleven was also very appropriate. 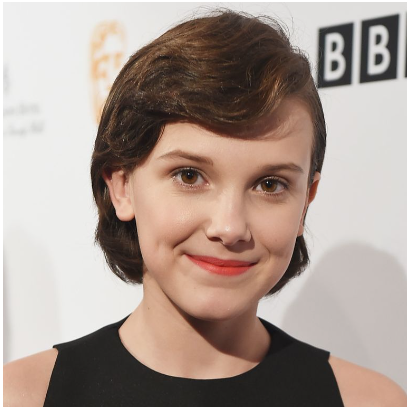 Here's a photo promoting Season 2. I love this classic retro wavy hairstyle that is crisp and classy. She seemed to have grown up a little bit.

She is actually very fascinated by retro looks, and at the same time she tried side combed layered curly hairstyles with burgundy lip colors. 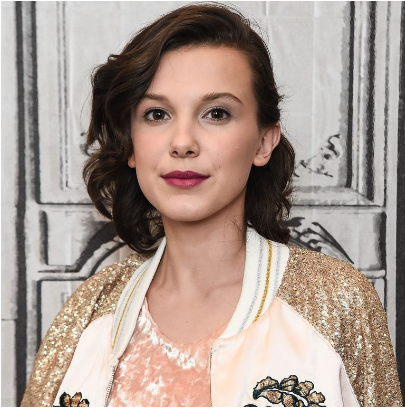 When she became the youngest Goodwill Ambassador of UNICEF in history that year, attending the event, she combed a meticulous side-parting style and wore black-rimmed glasses, completely looking like a little adult. 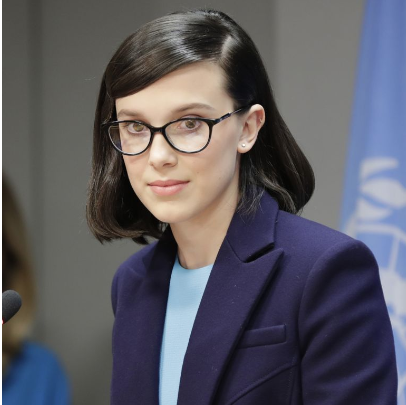 There was also punk style, uninhibited, and she suddenly transformed into a cool girl. 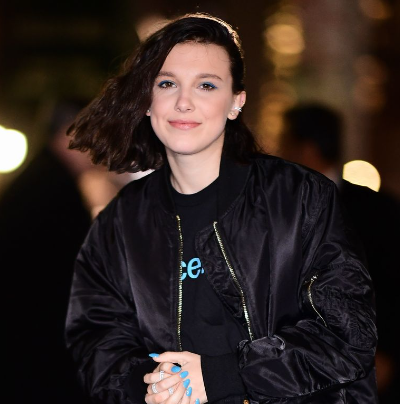 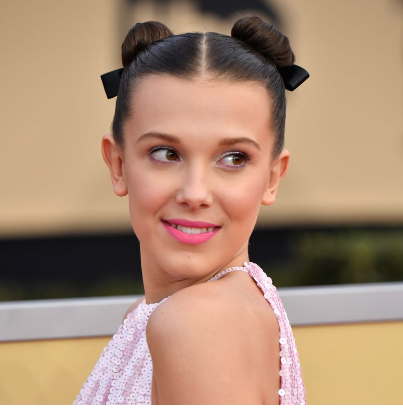 In "Stranger Things" Season 3, Eleven began to try to integrate into the lives of girls of the same age, learning how to dress herself, and her hairstyle became hippie curls. But I didn't think it looked good though, but it was quite in line with the era at that time. 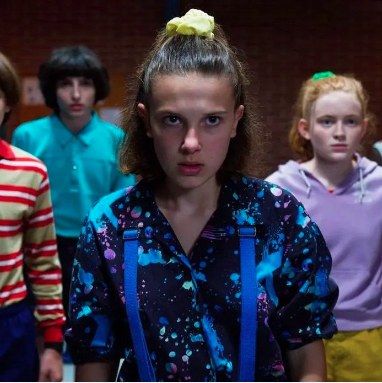 At the same time, when she was in private, she looked even better. There were all kinds of hairstyles, and I feel that the girl was trying everthing. 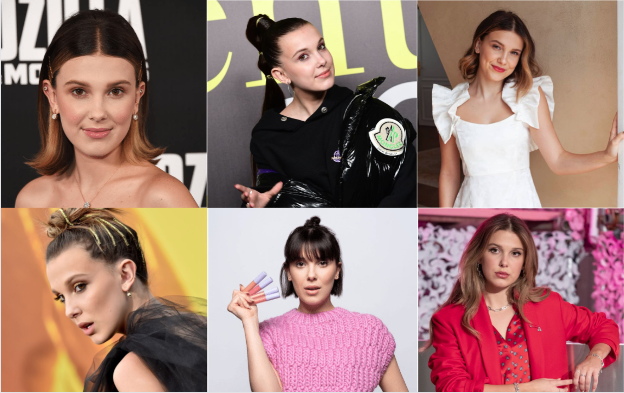 This year, Millie Brown turns 18, and she is totally different from when she was a child. Now she has become a famous movie star with mature elegance and cuteness. 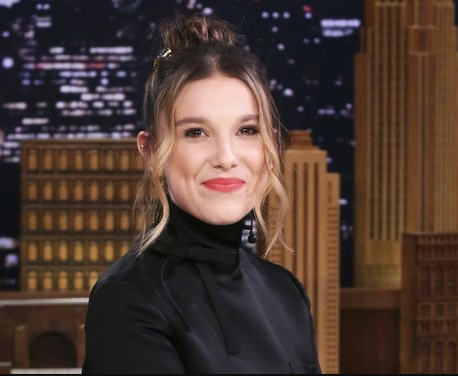 Judging from sorting out her photos, I feel that time is the most magical cosmetic for girls. Time not only changed her, but also gave her charm. She has tried so many styles since she was a child. Which style is your favorite?