The scenes are so beautiful, and the plots are too fantastic, which make me write the review so late What is it like to fall in love with the protagonist of a Korean drama who has lived for hundreds of years? If you ask audiences, you can get these kinds of answers: The alien Do Min Joon in "My Love From The Star" who falls in love with you and be your bodyguard, but he will faint when he kisses you; The mermaid in "Legend Of The Blue Sea" who helps you make money and give her whole life to you, but she will erase your memory at any time; and the God Kim Shin in "Guardian: The Lonely and Great God" who will always come when you blow out the candle, open any door and take you on a journey, but the moment you pull out the sword in his chest, he goes up in ashes.

Being a bride to the God and falling in love with a handsome guy with long legs, how romantic it is! Yes, I'm talking about the annual drama of TVN's 10th anniversary, written by Kim Eun-sook, starring Gong Yoo and Kim Go-eun. It is "Guardian: The Lonely and Great God" which breaks the record of the cable TV's premier ratings. 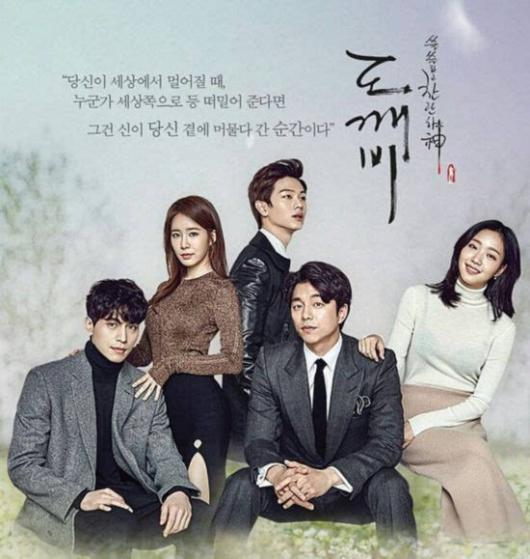 The shots of this drama are so beautiful that I want to save the screenshots and make them as my desktop every few seconds. I won't say much, let's look a set of shots first, so that you can get the blockbuster temperament of this drama. 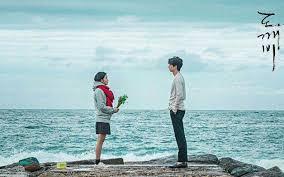 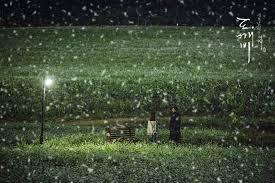 It is exquisite for the frame and scene design in the indoor layout. 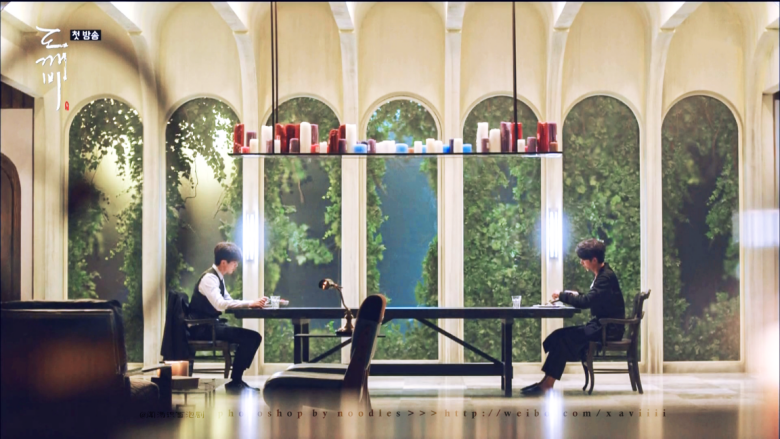 And the outdoor filming are from France to Canada, that is totally a tourist promotion film. 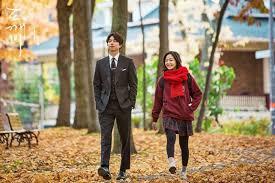 There is not only the wonderful scenery, but also some bloody fights in the real world. 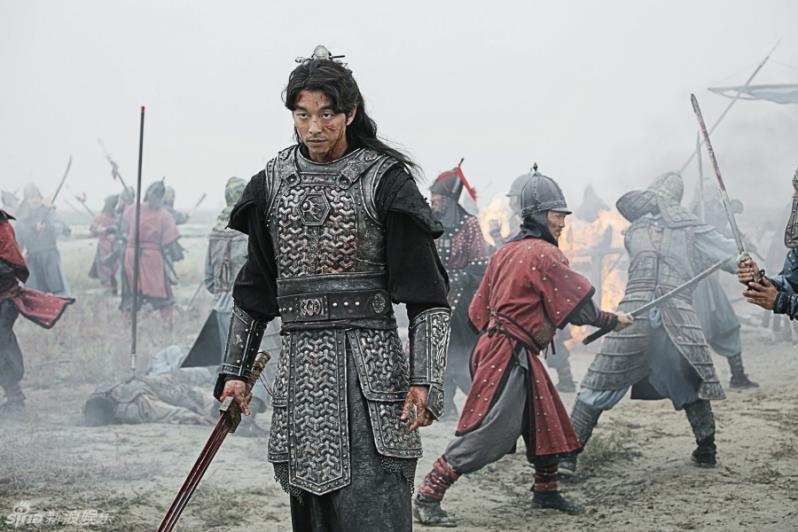 Kim Shin, the male protagonist, is a distinguished general from ancient times. He kills countless enemies and returns to the country tiredly. However, he is murdered by the jealous King and the treacherous courtier. His sister is also ordered by the King to shoot with an arrow. So, if it is a King's order, all you can do is to observe. The so-called heart-wrenching pain is nothing more than being stabbed in the back by the most trusted person. The scar on Kim Shin's heart is remained forever.

In the following 935 years, he has been alive as a ghost, unable to survive or beg to die. He has an inextricable sword in his heart. Only the bride can pull out this sword to end his immortal life. He always changes his places and identities, while he will never get old, and he owns more and more money. This setting is a bit similar to "My Love From The Star".

Until one day, he is appreciating flowers in his yard, while he suddenly hears about three wishes of a 19-year-old girl Ji Eun-tak, then he is summoned to her inexplicably.

And that situation is not an incidence, but a regular thing. It turns out that as long as the girl blows out the candle, even if it is a fake candle on the app, he will automatically show up. Why is this a bit like the "Aladdin and the Magic Lamp"? And this girl is exactly the fetus in the belly of a pregnant woman he has saved 19 years ago. She can see ghost, so she is also scared by them on the road. In short, Eun-tak is the only weapon that can kill Kim Shin, the bride of him.

Carelessly, they travel through the space to Canada. When they stroll on the streets, their height difference is more cute than the age difference. Gradually, Kim Shin becomes full of curiosity about Eun-tak, and wants to wait for her home even if not being summoned. The plots become more and more sweet.

National girl Kim Go-eun partners with Gong Yoo, who wins a 10 million box office in "Train to Busan". This combination attracts much attention. From the performance of the drama, she can completely handle the role of a high school student, since Kim Go-eun is born in 1991. 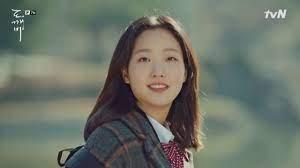 In addition, there is a hell messenger in the drama. It is played by Lee Dong Wook. The past is just past, and this life ends after drinking the Soup. Compared to the love between a young girl and an immortal man, the audiences seems more willing to watch the interaction between Kim Shin and the hell messenger. When they first meet with each other, they are in a state of selflessness. They are separated by a wall, but they are the only one who could see each other.

Yoo Deok-hwa is naughty. He is the grandson of the servant of Kim Shin. He wants to buy a new car, so he sells the 20-year lease right of his house. And the hell messenger, who has saved money for more than 300 years, spends all his money on this house. So Kim Shin and the hell messenger surprisingly become roommate, and they produce a lot of interesting interactions. 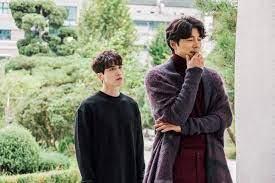 Are the two people kissing on the cheeks in this scene? The two people are always close, whether in the tidbits or on the press conference. 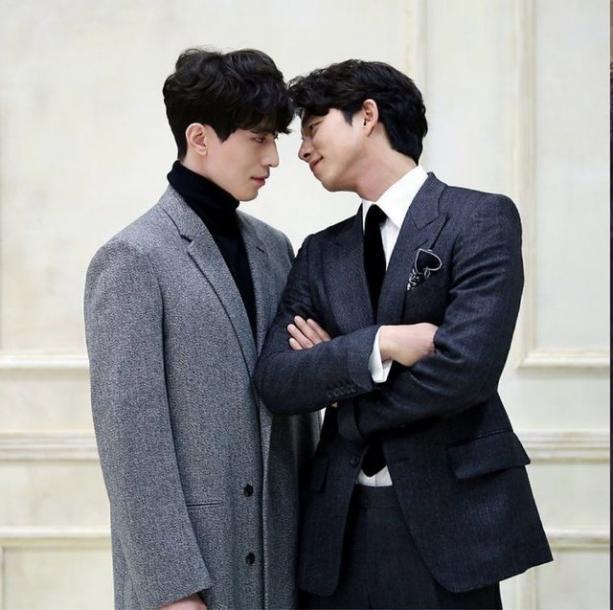 The CP composed of the two "old men" and the nephew is full of tacit, and I feel that I can watch it pleasantly without a heroine. Frankly, this is not the first Korean drama with a homosexual tendency of the screenwriter. It has been written by Kim Eun-sook in the past ten years.

Do you still remember the genius boy played by Lee Jong Suk who has a crush on the supporting actor in "Secret Garden"? In "A Gentleman's Dignity", the bad boys Kim Woo Bin and Lee Jong Hyun; "The Heirs" is even more exaggerated, putting Lee MinHo and Kim Woo Bin on the Year-end Awards.

Perhaps the screenwriter has a special keen on male characters, so each of her male protagonists' character settings are very full, and they can always be resurrected. In contrast, the heroine's characters are often not so likable. It is easy for the audiences to lean towards the male protagonists. And only the actress's strong personal charm and acting skills can make up for the shortcomings of the character settings. Ha Ji Won and Song Hye-gyo are very typical examples. In addition, the screenwriter likes developing two story lines at the same time, so the supporting actress who doesn't love the male protagonist, and the supporting actor who doesn't pay much attention to the female protagonist are more likely to shine.

Although this can surely attract a part of the audiences, it is also easy to follow the routine that the secondary line is stereotypical. Then it would only end with ignorance of the advancement of the main line of the story, resulting in bad ending. Finally, there are two suspense. Why is the ring of the queen in the hands of the supporting actress? The old woman who has brought vegetables to the heroine for ten years is also a sexy beauty. What role does she play in the main line? Hurry up! Find the answers in the drama!